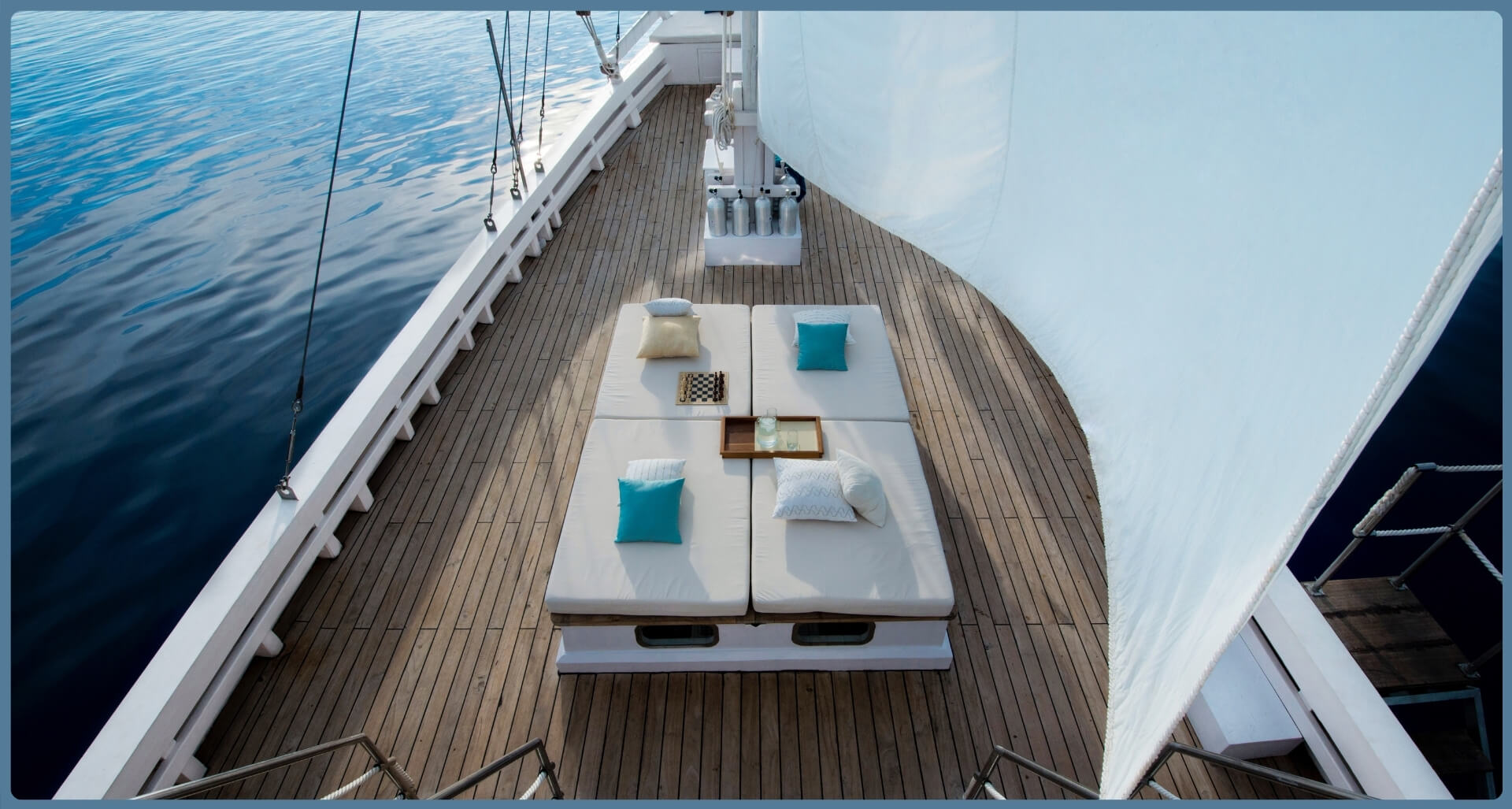 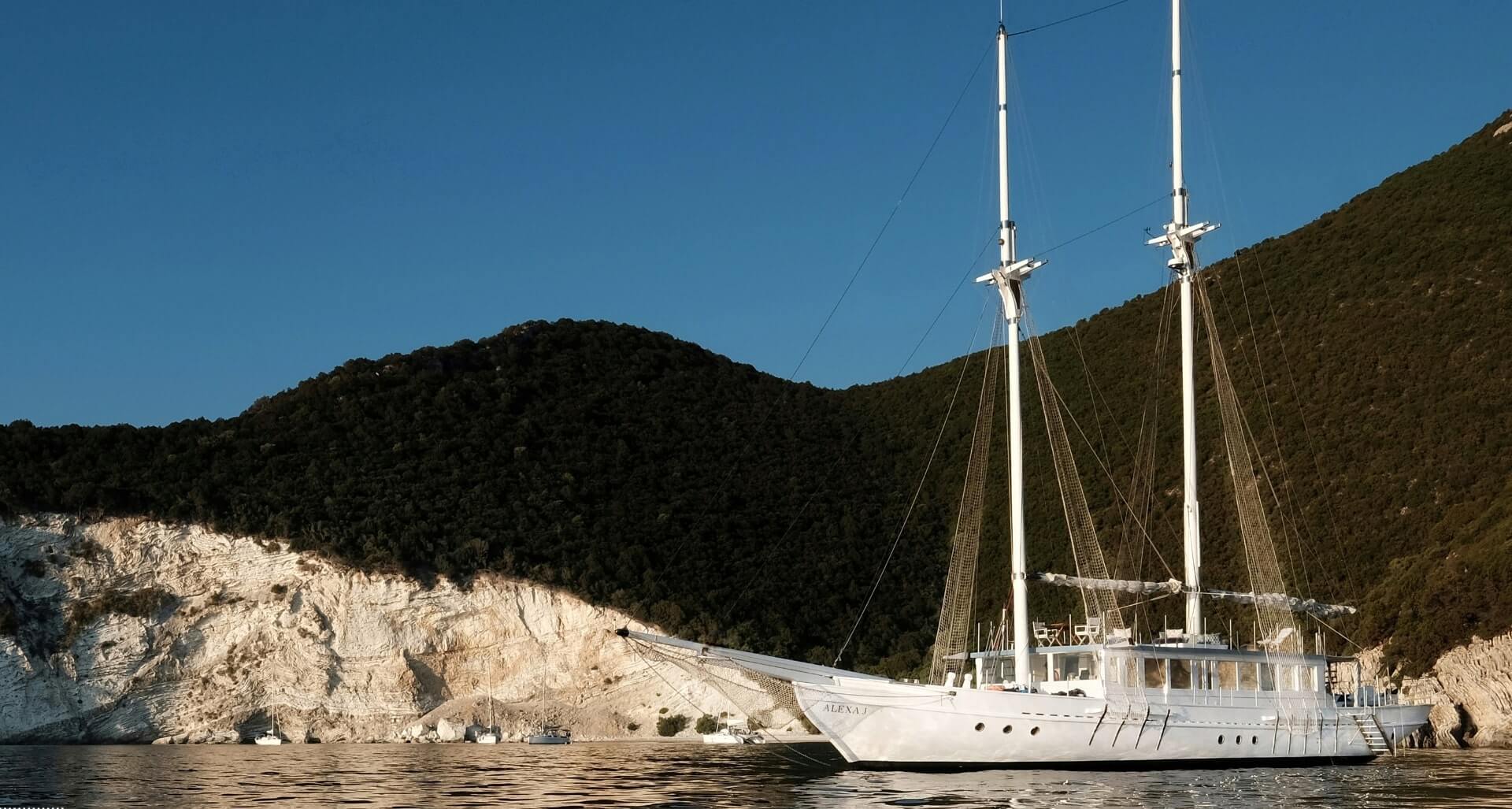 We believe that sailing is the experience of ultimate freedom. Once you step onboard a wooden sailing yacht the world changes, actually, the world stays the same, but you change. A shift happens in your consciousness; it’s a radical shift. In just a few seconds you become a wind loving, treasure seeking explorer, your back straightens out, your mind calms down and there is a clear purpose in your movements. You look at the horizon with a new expectation – with a strangely beautiful longing. Nothing, absolutely nothing, compares to this exhilarating feeling of absolute ultimate freedom once the wind touches your face. 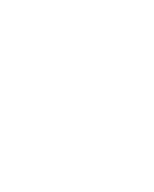 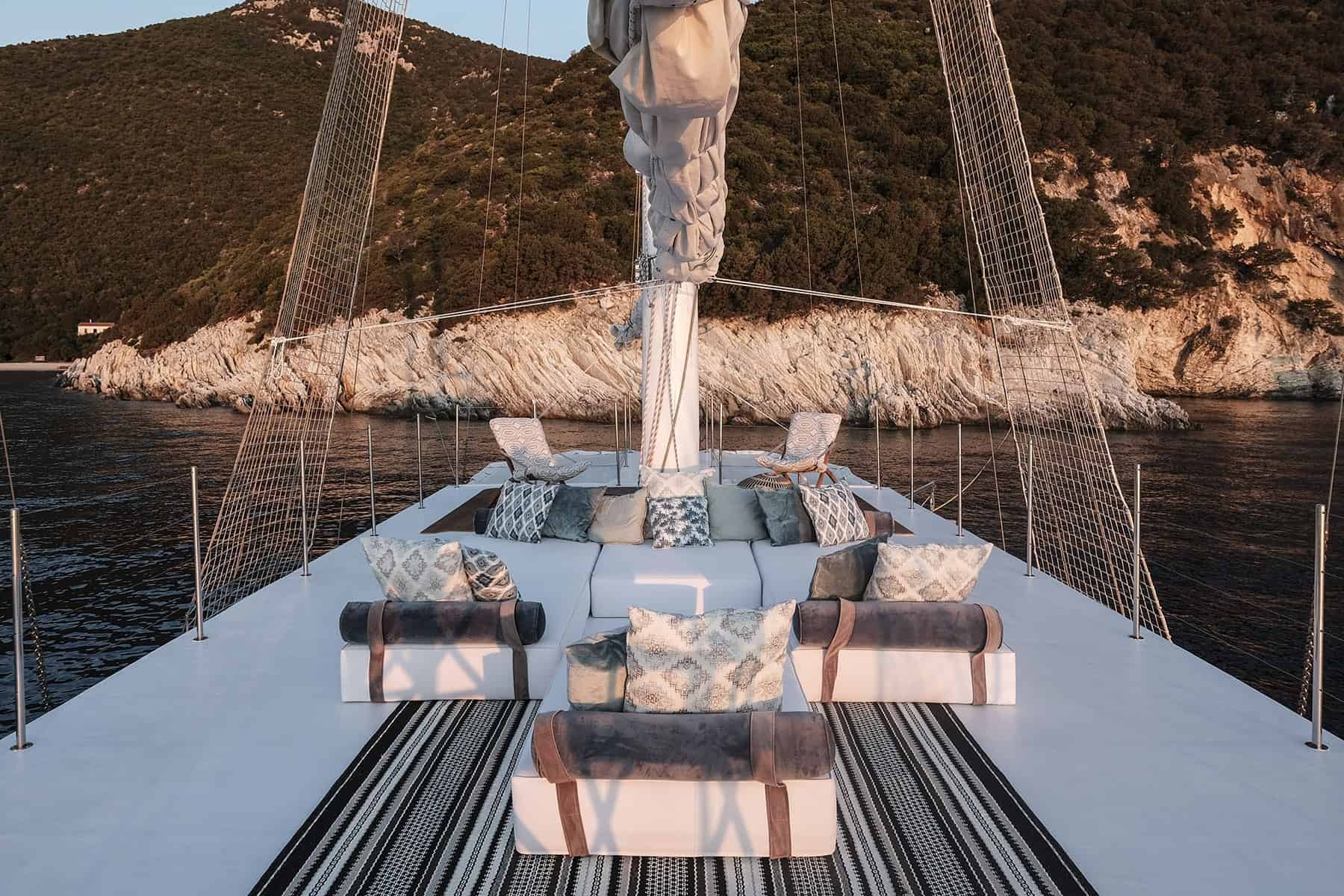 Our first vessel, ALEXA, was launched in 2013, and instantly became a celebrity in the yachting world. A traditional Indonesian Phinisi was transformed into the ultimate luxury cruiser – with just one cabin on deck. A dream of absolute privacy at sea became a reality. With 30 meters on deck, ALEXA is the biggest yacht in the world catering for two passengers only. ALEXA is available to charter in Flores, Indonesia, busy cruising in Komodo National Park, Alor, Sumba, Sumbawa and Raja Ampat.

Our second vessel ALEXA J launched in July 2019 with her first expeditions in Greece, specifically the Ionian Islands. ALEXA J offers unique sailing vacations in Indonesia. The concept of one cabin proved to be so successful on ALEXA, there was no hesitation what to do with the next vessel in the fleet. ALEXA J is a larger yet equally as luxurious version of her Indonesian sister. With 38 meters on deck, ALEXA J is also a bigger boat. Built and designed for charters in the Indonesian Archipelago, she is your ultimate private floating retreat. She is the largest European built sailing yacht in Indonesia built for just one couple or a small family.

We don’t want to disclose all the future plans, but a refit of an icebreaker bound for Patagonia is on the drawing board. A traditional Polynesian multihull is another concept, to be based in the Pacific islands. The oceans don’t have any limits.

more info about us

ENQUIRE NOW
We use cookies on our website to give you the most relevant experience. By clicking “Accept All”, you consent to the use of ALL the cookies. However, you may visit "Cookie Settings" to provide a controlled consent.
Cookie SettingsAccept All
Manage consent

This website uses cookies to improve your experience while you navigate through the website. Out of these, the cookies that are categorized as necessary are stored on your browser as they are essential for the working of basic functionalities of the website. We also use third-party cookies that help us analyze and understand how you use this website. These cookies will be stored in your browser only with your consent. You also have the option to opt-out of these cookies. But opting out of some of these cookies may affect your browsing experience.
Necessary Always Enabled
Necessary cookies are absolutely essential for the website to function properly. These cookies ensure basic functionalities and security features of the website, anonymously.
Functional
Functional cookies help to perform certain functionalities like sharing the content of the website on social media platforms, collect feedbacks, and other third-party features.
Performance
Performance cookies are used to understand and analyze the key performance indexes of the website which helps in delivering a better user experience for the visitors.
Analytics
Analytical cookies are used to understand how visitors interact with the website. These cookies help provide information on metrics the number of visitors, bounce rate, traffic source, etc.
Advertisement
Advertisement cookies are used to provide visitors with relevant ads and marketing campaigns. These cookies track visitors across websites and collect information to provide customized ads.
Others
Other uncategorized cookies are those that are being analyzed and have not been classified into a category as yet.
SAVE & ACCEPT
New Policy

MAXIMUM SAFETY
& FLEXIBILITY
FOR OUR GUESTS